It's a slippery slope to loserville.... 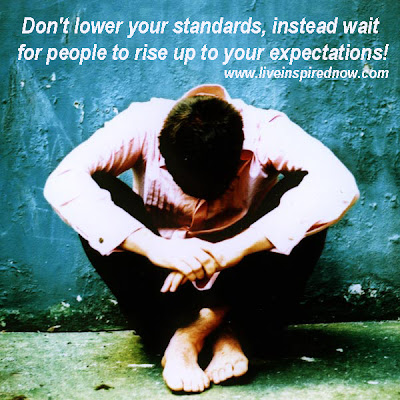 You know it's a slippery slope when you start making bad decisions or lowering standards. That "one time" you tried something that was not in alignment with your core values, that "one person" you knew you should have avoided, or that "one place" you said you would never go to. Just as soon as we allow ourselves to take the first step toward destruction, it becomes like a slippery slope and we slide all the way down until we crash at the bottom. The next time you are tempted to engage in something risky like drugs, alcohol, promiscuity, over indulging, or flirting with disaster, remember who you are, and who you would never want to become before making that decision! It takes more courage and integrity to do what is right and maintain your standards and then you won't have to pack your bags for "loserville!" Once you move to "loserville" or "crazytown," it becomes MUCH harder to get out.... so just don't go there! You have all heard the stories of lovely people who just tried something once and got hooked and it ruined their life. The best way to prevent falling down a slippery slope is by never standing on the edge! So today, promote positive living by avoiding risky or unhealthy practices, set a great example of maintaining high standards and Live Inspired Now!
Posted by Live Inspired Now.... at 7:00 AM