We were prepared... mostly! 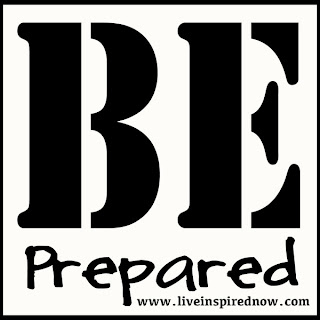 Last night we had a fire in the kitchen! One of the kids put a veggie burger in the toaster oven and a couple of minutes later it was engulfed in flames! Not just a little bit either, the entire thing was on fire! My son said "Mom, FIRE!" I instantly jumped into action. I pulled the cart away from the wall, told Harry to pull the fridge out so we could reach the outlet, told Mattie to unplug the toaster oven, I grabbed oven mitts and another kid opened the door and I took the toaster oven outside! It was so scary but everyone kept their calm and did as they were told and nothing was harmed... well except the veggie burger and the toaster oven! After I brought it outside in the grass, I ran inside and got a pitcher of water and took it outside and threw it on the fire and put it out. I was so proud of the kids who were responsive and calm!
It occurred to me after, I have no idea where our fire extinguisher is, then when Thad got home, he told me we don't have one! Yikes! I will be getting one today! After the fire though, I talked to the kids about our plan... what to do in case I wasn't home and something like that were to happen. We all went over the plan a couple of times to make sure everyone knew what to do. It is a great idea to go over that with your family too. Make sure everyone is prepared, be sure they know to remain calm and let them know who to call. So today, go over your fire plan, be prepared and Live Inspired Now!