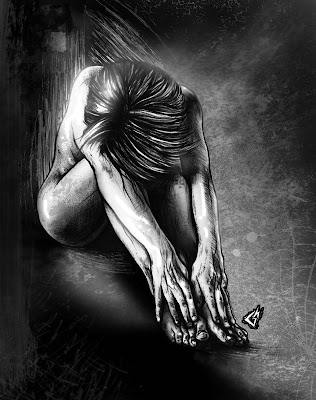 Have you ever known someone that was rejected and they went mental about it? They yelled, screamed, threw things, broke things or even got violent with a person? I am sure the "reject-or" was happy they rejected that person after they saw the destruction that occurred as a result. Rejection doesn't mean that you are unworthy as a human, that you are unlovable or undesirable, it merely means that you are not getting what you want at that moment. Rejection can feel bad, but it is not the end of the world, do not globalize it. I always think it is an opportunity because something else better is coming. I believe that rejection is often a good thing. We all have examples of when getting what we wanted would have been a bad thing. Like the job we didn't get but then a much better job came about. Or the person that said "no" when you asked them out but you met the perfect person shortly thereafter. Or even rejection in a loving relationship can just mean that it is time to change some things or to re-connect as a couple.
See rejection as a gift, sometimes is hurts, sometimes it hurts deeply. But rejection is not about you as a human, it just means you are not getting what you want. Hang in there, you might be getting what you NEED instead. So if you are rejected, accept what is, recognize your feelings, focus on and be grateful for what you have, look for ways to improve your own self and Live Inspired Now!
Posted by Live Inspired Now.... at 11:34 AM