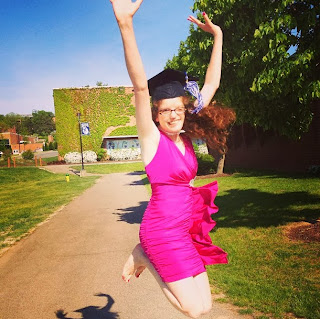 Fading Stars:
You’re cruising down the thruway trying to get to your business meeting, your sister's house, your long overdue visit to the in-laws and...
"Whoa! Did you see that guy? He went flying past us at 90 mph!"
"Now here's this idiot who's going 55 on a 65!"
"Now he's speeding up when I'm trying to pass him!"
People these days. Just a couple days ago I was driving with my sister and a man was bicycling in the snow to his destination. Cara commented and said, "Why is this guy bicycling in the snow? He's crazy, he's going to get killed!" I'm not sure what compelled me in that moment, but I stopped to think about that and I said, "Maybe he doesn't own a car." To which she responded, "Well that's depressing, now I feel bad."
There's so many things I've learned since graduating college and joining the real world as they say. Even though when you finally join it, you realize the world was real all along. In the working world it is so effortless to fall into routine, to zone out, to criticize, to say, "Well I just don't have time for that because I work 40 hours a week, my kids have to be at ballet class and I haven't baked those cookies for the office holiday party yet."
We are in this trend of thinking why is this taking so long! You're wasting my energy to the cashier at Wegmans who's new and doesn't know the produce codes. You're in my way to the old man on the highway who's terrified of merging. You're frustrating me slow internet and I need to download my Facebook pictures!
Perhaps our anger comes from something that we all know internally but we sometimes rarely stop to think about. The fact that we only have an allotted time to live on this Earth and none of that time is guaranteed to us.  If we stop to truly think about how much time we have left after we subtract out sleeping, eating and working...wow what little time we really have left. Our identities are so important to us but in 150 years the majority of us will be forgotten. A little boy will stumble in the snow to his grandmother's grave and on his way he'll read your name and the dates and it will hold no significance to him other than your birth year, which is the earliest one on record for the graveyard.
Perhaps this is why we idolize fame because just like we elect our politicians to represent us in government, we are electing celebrities to represent the whole of our identities. Their lives are the only ones that have a glimpse of a chance of becoming legendary. It baffles me that after 23 years of living on this Earth, I met a roomful of new people last night at the Canandaigua Toastmasters. The world is so vast. We are all like shooting stars in the night, one shooting star in a huge expansive galaxy. Only people whose paths we cross will see us shine because our light only lasts for a brief wrinkle in time. If you really think about it, we are only living life for ourselves. The people already gone never knew of our existence, the people of the future will soon forget us and only a tiny portion of the people on Earth know who we are at this moment in time and their identities will wash away with our own.
At the end of your life do you want to say that you spent 562 hours on Facebook competing for the two invisible awards on there? Because really there's only two relevant hashtags: #mylifeisthebest and #mylifeistheworst. Do you want to live a distracted life in front of a screen and spend money on a bigger house, an expansive nutcracker collection or wrinkle cream that denies our fate? Or do you want to see the Aurora Borealis, do you want to surf in Hawaii, do you want to soak in every beautiful place on this Earth before your starlight fades?
Posted by Live Inspired Now.... at 2:07 PM