The #1 gift they will NEVER FORGET!!! 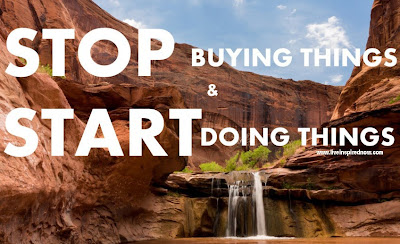 In our home, we don't give birthday "presents," rather we give birthday "experiences!" I have shared about this before, but it's been a while so let me tell you what we did this year for the kids birthdays!

We took Harry to the Vidcon Conference in California. He loved it! Not only did he get to meet his favorite famous youtubers, but he learned some great new techniques for making videos, and he networked with fellow youtube friends and fans! Harry says it was one of the best trips he has ever been on!

Ethan wanted to go to the "big Chuck E Cheese" in Rhode Island. We told him that we couldn't pull it off, and that we would just do something else instead. So when we went to Rhode Island, shortly before his birthday, he was completely surprised when we brought him to his surprise party at the "big Chuck E Cheese!" You couldn't have pried the smile off of his face with a crowbar!

Carrie Sue wanted to take a mother / daughter trip to Rhode Island. We had a blast! We had tons of time on the road trip to talk and laugh and even make silly videos. Then while in Rhode Island, we visited her favorite stores and spent time with Grandma and Grandpa! Carrie still talks about the trip and wants to go again next year!

My daughter Madalyn wanted to go to the "Cake Boss" store in New Jersey. I planned the visit around a Tony Robbins; Unleash The Power Within Conference and took her to both! She LOVED it! We visited the cake boss bakery and then Mattie spent 4 energy packed days at the UPW conference! She walked on fire, had some major breakthroughs, and wants to go to the conference next summer!

The kids love going on amazing adventures and doing fun things for their birthdays. The biggest thing that I love about it, is that the memories we create will stay with them for a lifetime. Much longer than a plastic toy or electronic device that they will eventually stop playing with and forget about!

We don't always do such extravagant events, sometimes they are as simple as going to a show or concert. It's about sharing the experience, spending time together, and creating loving memories! So think about how you might "do" something for your loved one instead of buying something! Create memories that will last forever, and Live Inspired Now!
Posted by Live Inspired Now.... at 10:04 AM